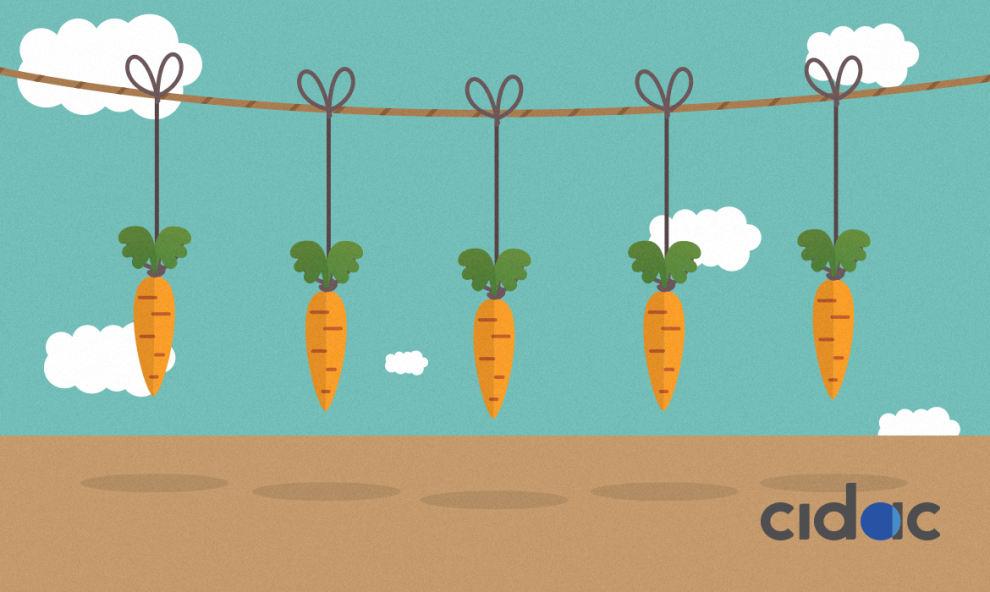 In his book A Rage for Order, Robert Worth analyzes and describes how the so-called Arab Spring came about: the great expectations with which it was launched, the forces that later took control, the violence that broke out, the divisions that proliferated and, later, the collapse, different in each case, but nearly always disastrous. The final panorama is one of desolation but, above all, of the furious search for mainstays of order for people to survive. The dearth of order, the uncertainty and the violence ended up devouring everything, to the degree that, as Maslow would have said, people returned to the most elemental.

The great question for the Mexico of today is how to change, how to transform the country without ending up in the type of chaos, or authoritarianism, in which that revolution concluded. An analysis of this nature can easily lead to withdrawal: “let sleeping dogs lie”. But analysis is necessary to understand what needs to change and how to achieve this in the best manner. The issue of corruption is particularly important on this plane.

In recent months, the pressure to act on matters of corruption has been on the rise and from the most diverse trenches action has been demanded on the part of the legislative power; President Peña himself proposed the “national anti-corruption system.” The activists have been mounting attacks in all of the forums, but the resistance to any change that was evidenced in the Mexican Senate at the end of April made it apparent that this touches an extraordinarily raw nerve. There activists clashed with the real political powers and… nothing happened. The pertinent query is whether the strategy followed to date to attack the corruption problem is the adequate one with regard to being susceptible to modifying the reality, because that is, at the end of the day, the only thing that is relevant.

In developed countries, the law and the institutions function due to the combination of two factors: a basic agreement on the reign of the law, and the existence of effective mechanisms for enforcement of the laws. It is the adherence to that set of principles- the carrot and the stick- which makes the society work. Mexico never had the equivalent and, however many tons of laws we possess, there is no such very fundamental combination of basic agreement and compliance.

Mexico achieved its stability in the XX century by means of the PRIist order, whose essence consisted of the exchange of discipline and loyalty to the system for the promise of access to power and corruption. These factors, promise and access, lent coherence and viability to the political system. In this fashion, the glue that held the post revolutionary political system together was that interchange, in which corruption played a primordial role in the stability of the country.

For some time, that era’s vast authoritarian structures were highly effective in enforcing loyalties and peace; nonetheless, the country’s successful performance over time eroded those strengths until the structures caved in. From this perspective, the electoral reform of 1996 is supremely revealing because instead of changing the reality of the power, it incorporated the two largest political opposition parties into the system of privileges and corruption. That is, it preserved the old system and its instrument of cohesion (corruption), now including the opposition elements. It is not that the system was liberalized, but solely broadened the spectrum -and the beneficiaries- of corruption.

Observing the scenario thus, the point-at-issue is how to do away with corruption without leading to the collapse of the political system. In other words, how and with what to replace the stabilizing function that corruption represents as the cement that holds everything together, even more so as stability is ever less held by cement than by common pins. Eliminating corruption overnight, assuming that were possible, without replacing its stabilizing function could easily lead to outbreaks of instability and violence. By the same token, preserving the system of institutionalized corruption would only continue eroding any sense of order and eliminating what little remains of the system’s legitimacy. More than doing away with corruption, the key lies in how to substitute its function through institutional processes; phrased another way: adding and developing supporters rather than confronting all the political class.

If corruption is not merely an enrichment process by those who wield political power and/or control crucial hinges in decision-making for the allocation of public projects, but a mechanism of political stabilization, the solution cannot be found in a pure and simple, unilateral confession of guilt (through publicizing tax and patrimonial statements) because that would eliminate the incentive for maintaining loyalty to the system. Of course, it is evident that corruption transcends by far the hypothetically required levels for a political actor to maintain his or her allegiance; nevertheless, no one knows what those limits are; thus, without a mechanism of substitution, only those who have accumulated prodigious fortunes would be susceptible, in theory, to accepting a systemic change.

I do not have the solution to this riddle, but it is obvious that the new exchange would have to embrace the following: drawing a line in the sand regarding the past (with some relatively nominal payment for past corruption); it would cover all Mexicans (not only politicians) and be accompanied by a permanent and credible prosecution mechanism even for the most minimal violation heretofore. The alternative might well be a return to the insurgencies of yesteryear.