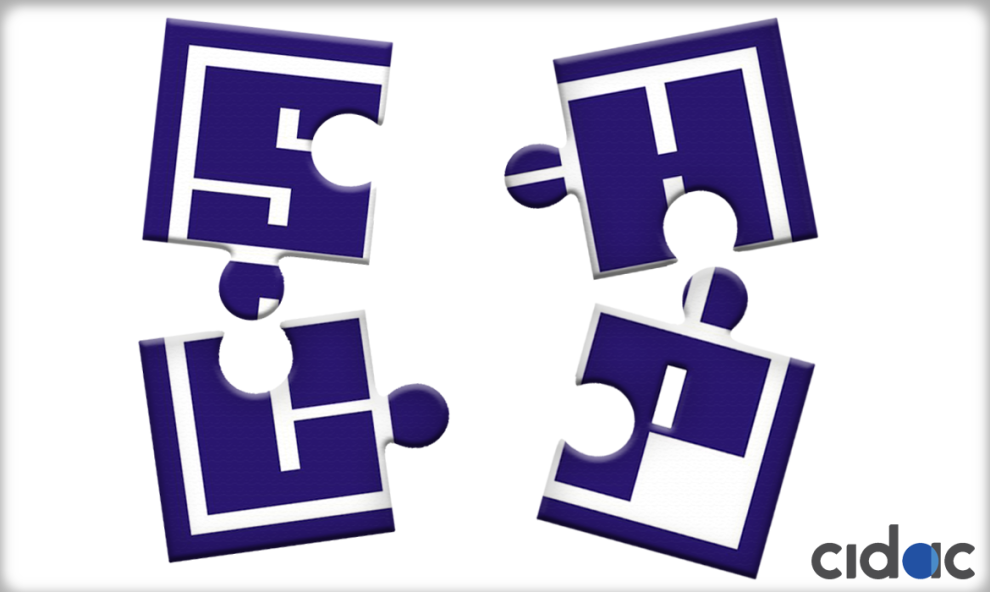 One week that brought President Peña’s original vision to ruin and extinguished his personal style of leading the government. What was not achieved by the houses provided by a government contractor or Ayotzinapa was accomplished by Trump or, more to the point, by the series of ill-advised decisions and mishaps that led to the imprudent invitation for him to visit Mexico. What remains is to observe whether this is the beginning of a political realignment in favor of making the country more consolidated in anticipation of the 2018 elections, or whether it is a mere attention-distracting ploy in order to leap over the immediate hurdle.

In a country inclined to conspiratorial interpretations, what had not changed was clear: for some this was a case of the secretary having resigned, for others he was fired. Without factual information, the conspiracy theoriescarry the day. What there is no doubt about is that the pressure rose in proportion to the absurdity of the explanations proffered on what had been sought with the famous visit. Whoever imagined that it was possible to neutralize or commit Trump does not understand him, and whoever believed that U.S. politics can be meddled with in such a skewed and heavy handed way without paying a huge price does not understand the U.S.

A cartoon by Brozo in which he photographed Andrés Manuel López Obrador visiting Obama conveys everything that the government did not understand: it is one thing to inform, establish ties and communicate with the candidates of another nation and its government, and it is another, very distinct, to interfere in its political life. No Mexican would have thanked the U.S. President had he invited only one of the candidates up for election in Mexico. As obvious as that.

However, beyond the individuals, there are four lessons that this week has furnished: in first place, the Peña administration began with absolute control of its personnel, processes and discipline. Much of what was attempted was anachronistic (to recreate the world of the old PRIist system), but its functioning was impeccable, at least in what was observable from the outside.  That discipline started to erode when the president’s“white house” was exposed and disintegrated with the exit of Aurelio Nuño, President Peña’s Cabinet head; and the phenomenon was exacerbated by the inexistence of control over the feuding at the interior of the Cabinet. It has been two years now since the government forfeited the political initiative and there is nothing to suggest that this will change. Within this context, it is not difficult to imagine that instead of duly analyzed decision-making procedures, happenings dominated the discussion (if there was any at all), leading to the fateful decision.

In second place, this administration has been peculiar in its propensity for generating enemies without building sources of support; disdaining public discussion rather than leading it; eyeing with contempt the legitimate concerns of all Mexicans from all quarters: from PEMEX creditors to censored journalists and including the growing number of citizens disconcerted by the growth of the public debt. In four years a sufficient number of grievances accumulated to last a whole lifetime and all of the aggrieved appeared to have made their triumphant appearance last week. Governing cannot be accomplished without informing the public and credibility –not to say popularity- cannot be earned without at least trying to convince the people of the government’s plans. Accouterments of democracy. Worse, this government ignored the obvious: that the price of the dollar does indeed matter to the electorate and that its depreciation engenders consequences. The signature of this government has been remaining immutable in the face of the wave of doubts, disquiet and criticisms. Hence, it was remarkable that among the instructions that the President gave to his new Minister of Finance were two very prominent ones to which the former Minister had not cared for: to lower the debt and end the deficit.

In third place, the Trump affaire harkened back to the old Mexican nationalism, but with an excessively promising aggregate: the new nationalism is not anti-Yankee. What is surprising about the various responses to the invitation and the visit -and, in fact, to the entire gamma of anti-Mexican broadsiding of this last year- is that the Mexican views the relationship with the U.S. as something normal, positive and necessary. The problem is with the personage, not with the country. Many unsavory aftertastes prevail from the old political system, but this one was indubitably overcome.

Finally, during last week Mexico underwent an authentic popular rebellion. The visit of the U.S. presidential candidate caused generalized disapproval and the President was obliged to back down. The rebellion speaks of a mature society and one that is willing to defend its rights (and its honor), all without violence or excesses, all of which opens great possibilities for the future.

The question is whether this is a redoubt conceived pure and simply to dodge more criticisms, above all in the light of the 2017 budget revision, or whether it at least includes the intention of constructing something more solid that ushers in that mature society and that evades a new hecatomb in the electoral process of 2018 and thereafter. Time will tell.

Edmundo O’Gorman, the great historian of the XIX century, left the president a prescription that is appropriate at the present moment: “Since an awakening is urgent, may it not be when the emulation takes place of Rip van Winkle, waking to a strange and foreign world that was no longer comfortable for him nor one with the feasibility of participating in an adventure of a new life incubated during the absence of his lethargy”. New life or lethargy? There’s, as Shakespeare would say, the rub.