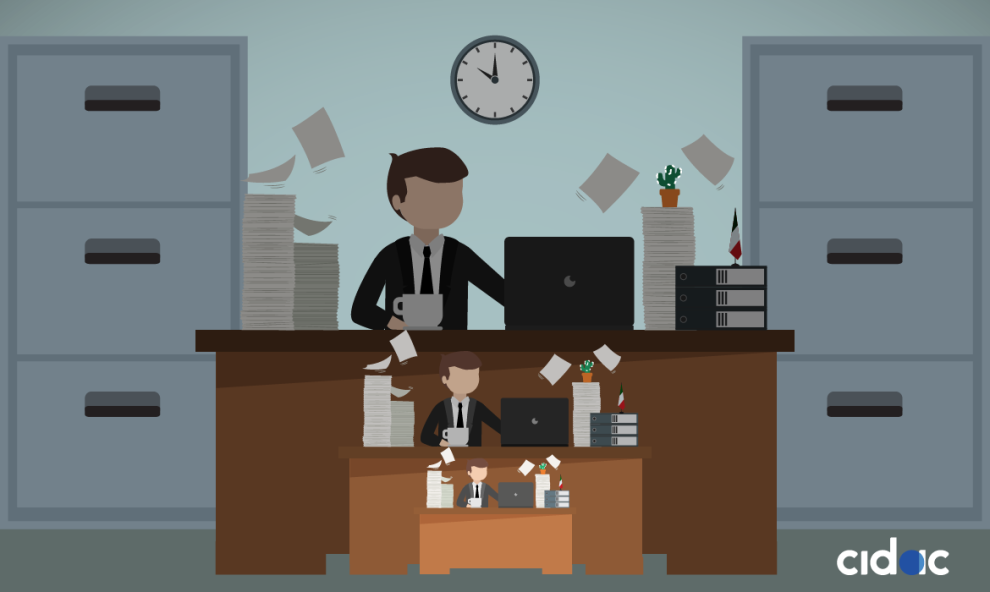 “Spain has been without a government for months and its economy improves every day”. So begins an analysis* on the Spanish situation. The description is extraordinary and enlightening, above all because it contrasts two distinct visions of what makes a country and its economy work. Although the Spanish politicians have not come to an agreement for assembling a coalition government (which has obliged the holding of new elections), the country is functioning normally. From the Mexican perspective, this is amazing, as the impasse after the 2006 election illustrated; after living through such sensitive and distraught moments in 1982, 1988, 1995 and 2006, times when political uncertainty reached formerly unimaginable levels, can one conceive of what would happen if Mexicans were suddenly deprived of a government, without a clear authority figure? Even though it might appear absurd, the country was paralyzed at each of these moments because there was no clarity with respect to the future: the ambivalence about who would govern or whether the country would emerge from those most fateful moments incapacitated the society, the politics and the economy. None of that is occurring in Spain and that contrast led me reflect on Mexico’s own reality: it is plain to me that what differentiates us from Spain is exactly the difference between government and bureaucracy.

One measure of development is the quality of the government, not measured in terms of the elected political leaders, but precisely the opposite: the bureaucracy that makes the government function from day to day, independently of the politico-legislative decision-making processes. Rather, what in civilized countries makes the government work is the professional bureaucracy that is charged with cleaning the streets, the workings of the justice system, the police who provide security and, in general, the entire civil service that makes life flow without this being noticed. Under this leveling rod, Spain is similar to any of the developed countries that function independently of the individual -person or party- who governs.

The difference between government and bureaucracy permits a nation to maintain its stability and to function normally independently of the political disputes. Anyone who has observed the way that Europeans or Americans behave at times of crisis can attest to that no one imagines basic government-provided services will stop working, as takes place repeatedly in Mexico at exceedingly fragile moments like those noted previously. In those countries, while the government establishes goals, criteria and regulations, the bureaucracy is responsible for implementation of the latter in a professional and non-partisan manner. The extreme is the U.K., where the sole personage who changes when a new government takes office is the respective Secretary, to whom the highest ranking public servant reports. Within the ministries there are no political appointments: all are professionals. Something similar happens in Spain. That is what allows the government to function even at times of uncertainty such as that which the Iberian nation has been experiencing in the past several months.

The contrast with Mexico could scarcely be greater. Here everything changes every time a new president assumes command. Instead of a professional and efficient bureaucracy, each change of government entails the reinvention of the wheel and the onslaught of new cadre of public officials whose credentials have nothing to do with their skills but with their friendships and political relations. This extends extra muros: the phenomenon is reproduced at every level of government, whether a unit head or a Secretary; everything changes. Team members in the government work for their boss, not for the citizenry. That explains why we practically never have an expert person in public posts, at least knowledgeable in what concerns their nominal function.  Many are masters in politics and camaraderie, and they adapt to any situation; however, none views the citizen as their raison d’être nor even less so the government as responsible for the normal playing out of daily life, without a fuss.

The absence, for months, of a governing coalition in Spain has revealed something else: not only does the economy function well, but also it could work much better if the agents who operate therein –entrepreneurs, workers, bankers, etc.- were less subject to the infinity of requisites, regulations and requirements that are only explained when a government wishes to make it appear that it does indeed, well, govern. In the article cited below, the author compares the performance of England and Germany after the Second World War: while the German economy underwent an exceptional boom, the English economy –all regulated and planned- barely grew. The finding is not surprising: what a country requires is a professional bureaucracy that keeps the boat afloat and it is not in need of a government that limits its capacity to develop.

In Mexico that difference is non-nexistent. While in Spain, despite the stream of regulations, above all labor, which persist, the economy works better without the government than with it. That is something that the politicians, especially those of the Spanish Podemos Party and their grand plans of real or virtual nationalization, surely did not imagine or calculate. The lesson for us is, unfortunately, very distinct: Mexico urgently requires something that does not appear on the agenda of any party: a professional, efficient and competent bureaucracy.